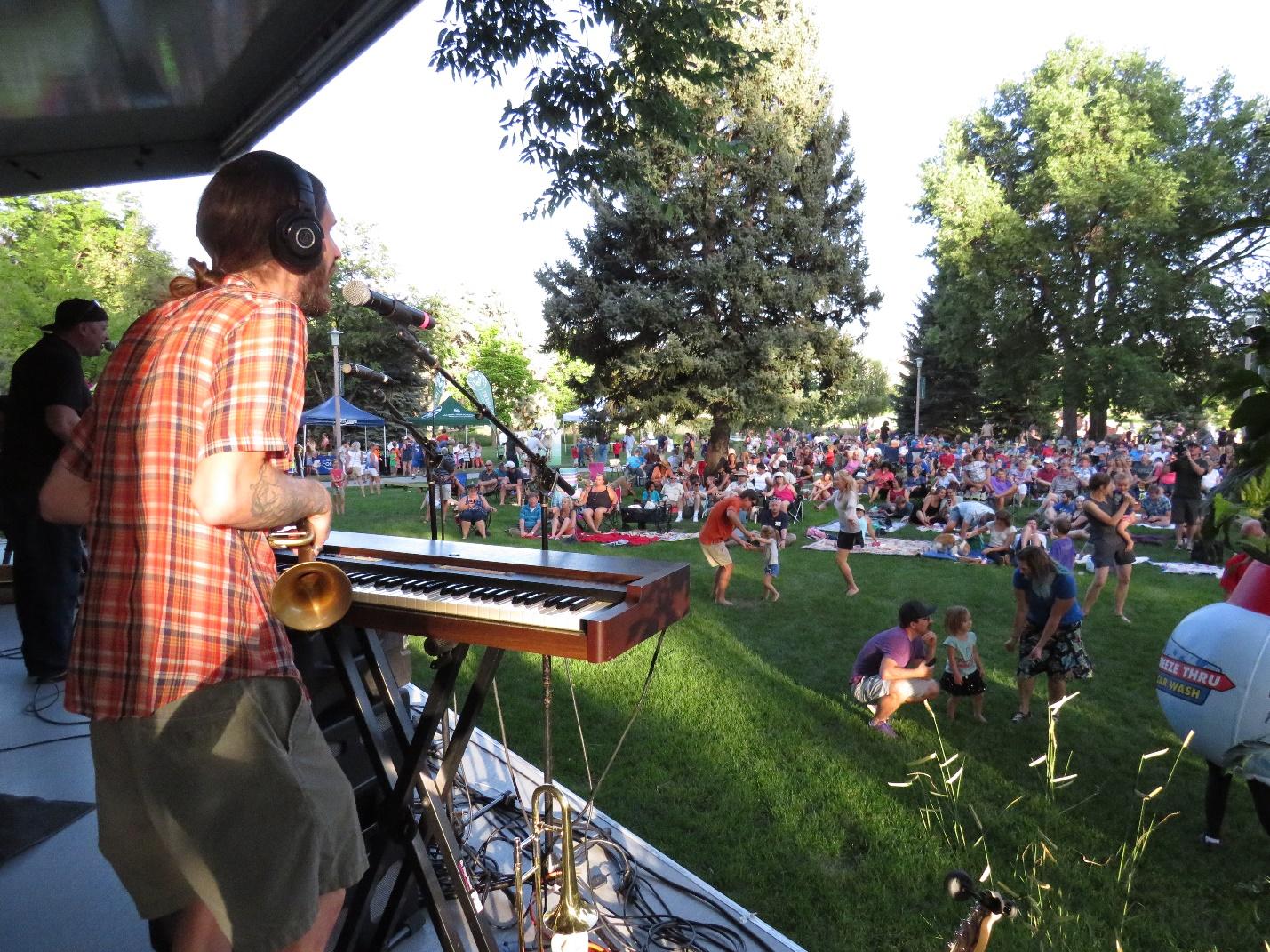 The 2019 lineup will showcase a wide range of music from country to indie rock, old school funk to rockabilly-swing. Attendees are welcome to bring lawn chairs, picnic blankets, kids and dogs to enjoy the show. Local food trucks will be onsite each week as a source of dinner, snacks, dessert, and even iced coffee for concert attendees.

June 19 – The Jakarta Band: Based out of Denver, The Jakarta Band has a unique old school funk, disco and R&B sound. This nine-member band loves to get its audiences up and dancing. Lead member Isaac Points brings more than 35 years of experience to the stage and has played with national legends including Chuck Berry and Tony Bennett.

June 26 – Shaky Hand String Band: Shaky Hand String Band are passionate about their music, singing about what they love – whether it’s dogs, food or just pondering the mystery of life – all in a bluegrass/Americana style. Audiences are always up on their feet, dancing, clapping and laughing when they perform.

July 17 – The Country Music Project: Michael Rice was only in third grade when he became intrigued with music. Over 30 years later, he was ready to get back into music and was looking for a female vocal partner. This soon turned into a band called The Country Music Project that can be found playing everything from traditional country covers or today’s Top 40 songs. Their vast repertoire has something for every country fan.

July 24 – South to Cedars: Two engineers, a student, and a singer make up this acoustic Americana band from Fort Collins. South to Cedars has performed at festivals and concerts all over Colorado, capturing the hearts of fans with their beautiful blend of folk, bluegrass, and rock. The four band members are here because they love the art of music making and performing, and their passion shows through their songs.

August 7 – Silver & Gold: Starting in Greeley, Silver & Gold quickly found themselves booking a tour with Overslept, an indie band from Denver, visiting west coast cities. The band formed when five college music majors decided to combine each of their varying musical backgrounds into one energetic, indie rock sound. Their latest album, Color, was just released this year and is full of passion and good vibes.

The Lagoon Concert Series is always happy to have Little Kids Rock opening for the main headliners. Little Kids Rock, a national nonprofit, is a group of young performers from across the Poudre School District. The program has been encouraging children around the country to embrace their musical talents since 2002.