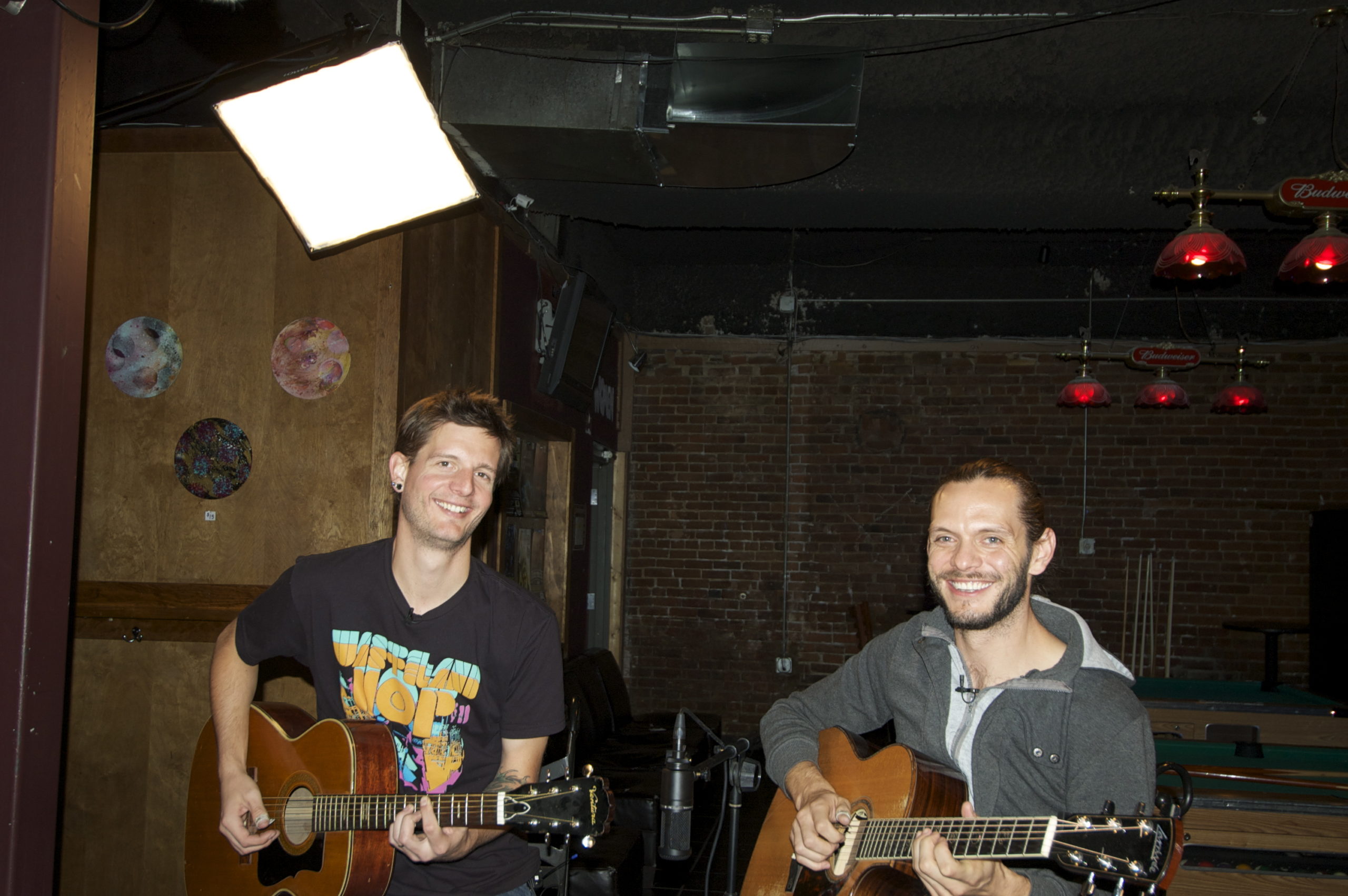 Maxwell Hughes has been making a name for himself in the Northern Colorado music scene and beyond since about 2008.  He has been performing solo all the while, and also made time for a stint with The Lumineers, and most recently added his flare to the fast-rising group Edison. If you have ever seen him play guitar, chances are you either love him or hate him.  If you love him, it’s because you can see the joy in his eyes as he dazzles you with his polyrhythmic, complex and yet somehow entirely heartfelt signature style.  If you hate him, it’s probably because of your own fear that you will never be as good as him.  You are absolutely right about that, but that’s no reason to hate someone so just get over yourself. Jeez.

Fortunately for you and I, Maxwell is just so damn nice that he agreed to sit down with me and share some his secrets and tricks.

In my own personal experience, most guitar players achieve their own style as a result of combining their influences. Consider the “Clapton/Hendrix hybrid.” Both great guitar players, but with similar styles and influences themselves, it’s hard to get anywhere new following their maps.

Maxwell proudly lists his primary influences as Kaki King and Tommy Emanuel. Two visionary players, you most likely have not heard of.  Hell, I’ve been playing guitar for 18 years and those names were new to me. That has a lot to do with why Maxwell’s style seems so foreign and visionary.

Here is a brief description of just a few of the techniques that make Maxwell’s playing different from mine or yours. Have fun with it, and see if you can incorporate any of these into your own playing. Don’t forget to catch him performing with Edison at Hodi’s Half Note on December 12.

Thumb pick- This is essential in achieving the tone that Maxwell has captured. The thumb pick allows you to mute the lower three strings, emulating a bass. This leaves your fingers and higher three strings free to jangle.

What I am calling a “snap”- If you blink, you are sure to miss it. Choose a chord, thumb pick your bass note, then index, middle, and ring in that order.  One finger per string. Start slow, but the idea is to slip in an arpeggio as fast as you would normally strum down. Done correctly, it is a very subtle-yet-effective embellishment.

Cascading Harmonics- Most guitar players know about the 12th fret harmonics, but few realize the mathematics behind it. The 12th fret is the exact halfway point between the bridge and the nut of the guitar. Right smack dab in the middle. They sound absolutely beautiful, but you are limited to same notes as your open strings.

The thrilling thing about cascading harmonics is that you can play whatever notes you please and even play licks and chords, but the technique does require a high degree of concentration and some two handed dexterity. I have tried this technique before with no pick, but the addition of a thumb pick makes it MUCH easier. Start by simply fretting a chord with your left hand. Then, place your index finger gently on a string exactly 12 frets up the neck. You can then use your awesome new thumb pick to pluck the string. Practice playing chords one note at a time this way, or you can just pick a note or two for an embellishment.