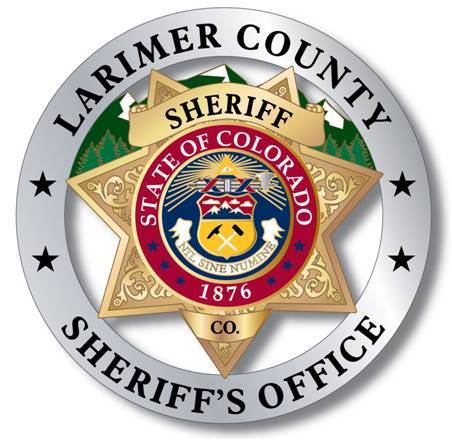 At approximately 12:48 PM on 12/01/ 2017, Larimer County Department of Natural Resources Park Rangers and Poudre Fire Authority responded to a small fire on Duncan’s Ridge at Horsetooth Reservoir. Duncan’s Ridge is a popular rock climbing recreational area at Horsetooth Reservoir, northwest of CR 23/CR 38E. The small fire was reported by climbers and hikers in the area. Several informants reported seeing 1 adult male and 2 adult females in the area prior to the fire starting. The trio were reportedly taking photographs and using what was described as pyrotechnic “smoke bombs” as an added photo effect. One of the female subjects reportedly held one of the “smoke bombs” in her hand while it was activated, causing her to be burned. As the device became extremely hot, she reportedly dropped it on the ground, subsequently starting a small fire. Climbers and hikers nearby reported the fire, then quickly put the fire out using water from their water bottles. Poudre Fire Authority personnel responded and ensured the fire was completely out.

Park Rangers are requesting the assistance of the public in identifying the 3 suspects, as they fled prior to their arrival. The following descriptions were obtained from multiple witnesses:

3. Adult Female, medium to heavy build, in her 20’s, wearing a white sweater, and black pants.

It is believed that one of the female suspects sustained a burn to one of her hands, due to holding the smoke device. Although no information was obtained, it is believed the 3 suspects may have left in a vehicle.

Park Ranger Cindy Kirby is requesting that anyone who may have information which might help identify the suspects, please contact her by phone at 970-498-5601.

Anyone with information regarding this incident or any crime is asked to call Larimer County Sheriff’s Office at 970-416-1985 or Crime Stoppers at 970-221-6868 where you will remain anonymous and possibly be eligible for a cash reward.

Sheriff Press-Release When Larimer County Sheriff’s Office K9s retire due to age or injury, they are adopted by their deputy handlers to live out their retirement years where they belong – with their families. […]

Excessive clutter hinders firefighters at U Stuff It Storage

February 1, 2018 Theresa Rose News Comments Off on Excessive clutter hinders firefighters at U Stuff It Storage

by Madeline Noblett A Poudre Fire Authority investigator determined that a Jan. 24 storage business fire originated in a hallway bathroom within a center unit at 3021 W. Mulberry St. There were no data pointing […]

Thanksgiving DUI Enforcement to Crack Down on Impaired Drivers

November 18, 2017 Theresa Rose News Comments Off on Thanksgiving DUI Enforcement to Crack Down on Impaired Drivers