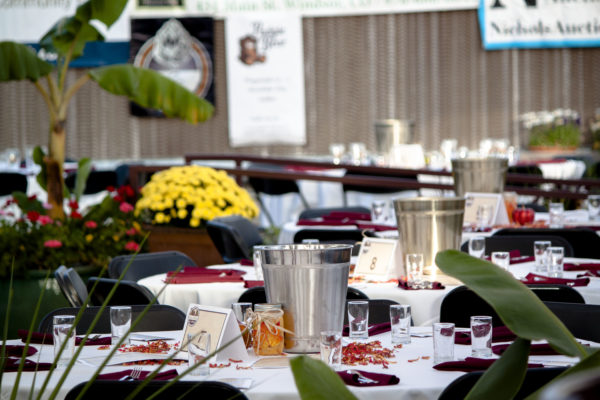 High Hops Brewery and The Heart Distillery celebrate over $35,000 raised in under one week for charitable causes. Two separate fundraiser events were hosted at the brewery raising money for both local and international causes. The Brews and Bites for Windsor event was held in the brewery facility and beer garden, hosting over 170 guests for a craft beer and food pairing dinner that raises money for The Windsor Community Foundation, which funds scholarships for Windsor High School students as well as grants to local nonprofit organizations. Windsor’s local restaurants, Okole Maluna, The Hearth, Chimney Park Bistro, Pelican Lakes, and Pudgie Bear Baking, prepared a gourmet five-course meal, each course paired with a locally-made beer from High Hops Brewery, Mash Lab Brewing, and G5 Brew Pub.

Over 170 people attended the October 16th event and helped raise over $30,000 from ticket sales and live and silent auctions. This is High Hops Brewery’s fifth year participating in the Brews and Bites for Windsor fundraiser and their second year hosting.

Four days following the Brews and Bites fundraiser, High Hops Brewery and The Heart Distillery hosted a fundraiser Drag Show that raised upwards of $5,000 for BuildOn Colorado, a nonprofit organization that helps fund the construction of schools in the world’s most impoverished countries. BuildOn Colorado currently is raising money under the stewardship and hard work of Rachel Weakland, to build a school in Malawi, Africa, and has funded nearly half the school so far. The evening fundraiser event showcased a variety of performances including drag queens. Attendees could bid on items in a silent auction which offered locally-made goods and services. There were over 150 people that came to see the show and raise money for the cause.