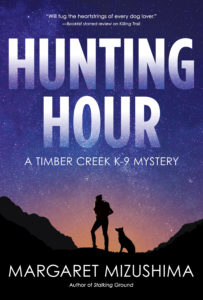 Margaret Mizushima lives in Colorado where she assists her husband with their veterinary practice and Angus cattle herd.  She can be found on Facebook/AuthorMargaretMizushima, on Twitter@margmizu, and on her website at www.margaretmizushima.com.

Members of the news media wishing to request additional information are kindly asked to contact Maryglenn McCombs by phone – (615) 297-9875 or by email:maryglenn@maryglenn.com

Margaret Mizushima awarded the Silver Medal in the Benjamin Franklin Awards, named a finalist for the  Colorado Book Awards for her mystery Burning Ridge, and among nominees for the Rocky Mountain Fiction Writers’ Writer of […]